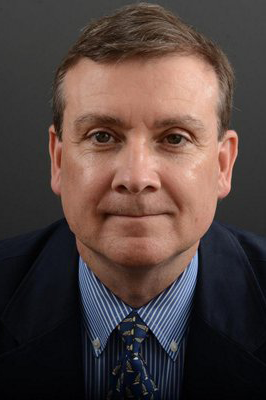 Biography
John Schmitt is senior economist and senior adviser at the Economic Policy Institute, a nonprofit, nonpartisan think tank that uses the power of its research on economic trends and on the impact of economic policies to advance reforms that serve working people, deliver racial justice, and guarantee gender equity. Schmitt served as EPI’s vice president from January 2018 to October 2021. When Schmitt joined EPI in 2018, he was returning to where he started his career as an economist from 1995 to 2001.

Following his earlier tenure at EPI, he spent 10 years as a senior economist at the Center for Economic and Policy Research (CEPR) and, most recently, was the research director at the Washington Center for Equitable Growth. Over the last two decades, he has also worked as a consultant to the International Labor Organization (ILO), the Inter-American Development Bank (IDB), the European Commission, the Solidarity Center, the United Nations Economic Commission for Latin America and the Caribbean (ECLAC), and other national and international organizations.

Schmitt has published peer-reviewed research on unemployment, wage inequality, the minimum wage, unionization, immigration, technology, racial inequality, mass incarceration, and other topics. His popular writing has appeared in The American Prospect, Boston Review, BusinessWeek.com, Challenge, Democracy, Dissent, The Guardian, The International Herald Tribune, Salon, The Washington Post, and other publications. His research has been cited widely in the media including The Economist, Harper’s Magazine, The New Yorker, The New York Times, and The Wall Street Journal. Schmitt has also given talks on economic and policy issues to government, academic, union, and general audiences throughout the United States, Latin America, Europe, and Asia.

At EPI, Schmitt was the co-author of three editions of The State of Working America. He was also a co-editor of Low-Wage Work in the Wealthy World (Russell Sage Foundation, 2010). From 1999 through 2015, he was a visiting professor in public policy at the Pompeu Fabra University in Barcelona.

Before joining EPI in 1995, Schmitt was a Fulbright scholar at the University of Central America in San Salvador, El Salvador, and then spent a year working as an information officer for the United Nations Peacekeeping Mission in El Salvador (ONUSAL).