Biggest gains in union membership in 2017 were for younger workers

Last week, the Bureau of Labor Statistics released data on changes in union membership from 2016 to 2017. It was good news for workers, as the total number of union members grew by 262,000 in 2017. Three-fourths of these gains (198,000) were among workers aged 34 and under, who account for less than 40 percent of total employment. 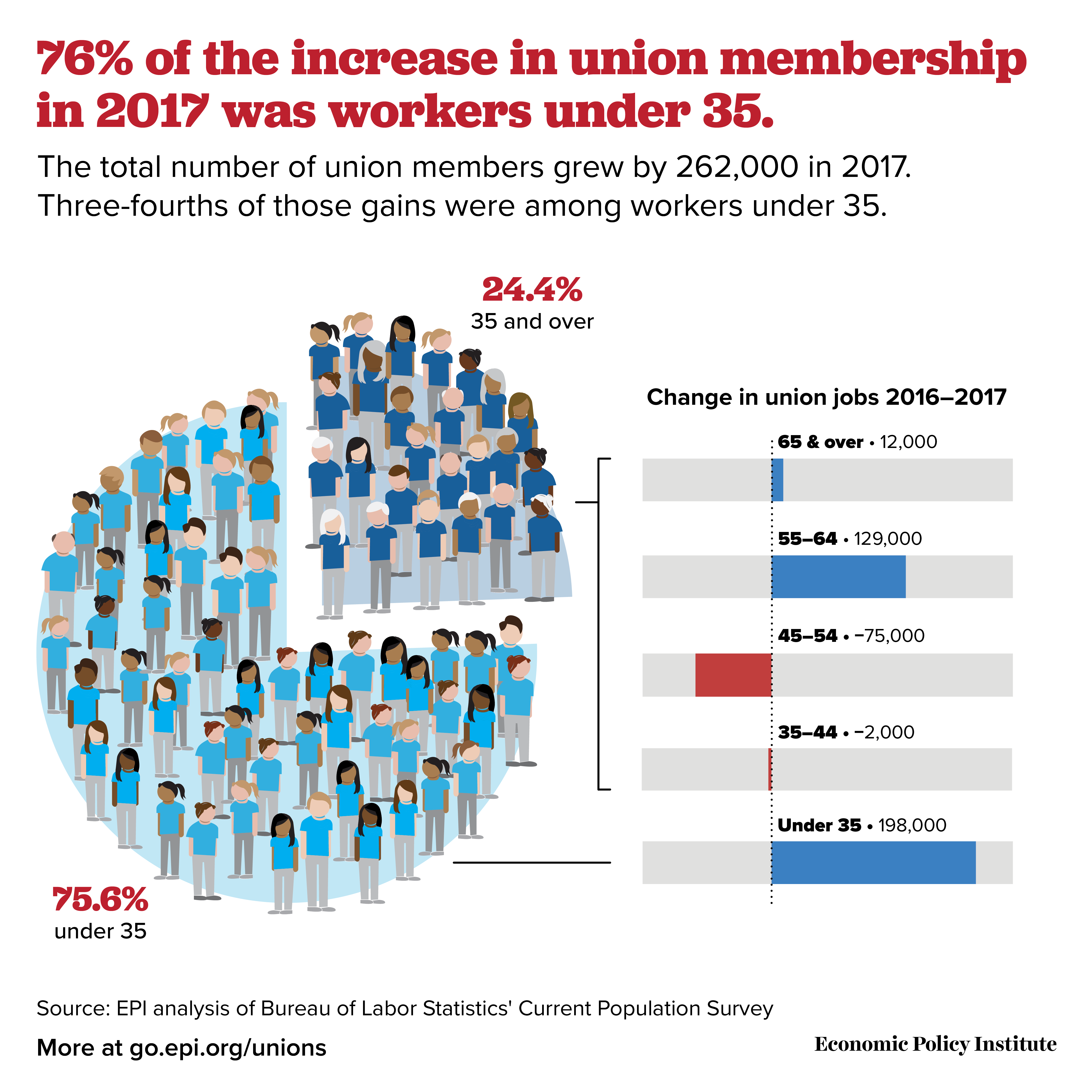 In a recent EPI paper, we explain that one reason younger workers are joining unions is to address current workforce trends that are increasing work insecurity from the rise of part-time work and unpaid internships to increased numbers of contract workers.