Paper Dragons: China and the Next Crash with Walden Bello at IPS 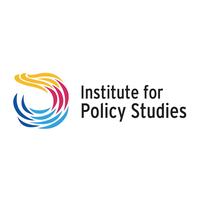 The Institute for Policy Studies and the Economic Policy Institute co-hosted the Washington launch of Walden Bello‘s book: Paper Dragons: China and the Next Crash.

In this book, Bello asks the question: will China be at the epicenter of the world’s next financial collapse? Conventional wisdom holds that China is on the ascent and the United States is in decline, that China’s economy is roaring with raw energy and that Beijing’s ‘Belt and Road’ mega-project is laying the basis for its global economic hegemony. But, could the greatest immediate threat to China’s rise to economic supremacy be the same phenomenon that felled the US economy in 2008? Might China be a prime candidate to be the site of the next financial crisis with its overheating real-estate sector, a rollercoaster stock market, and a rapidly growing shadow banking sector?

Walden Bello is a noted critic of globalization, and is a recipient of the Right Livelihood Award (also known as the Alternative Nobel Prize). He is a professor of Sociology at the State University of New York, Binghamton and an associate of the Transnational Institute in Amsterdam. His previous books include Dilemmas of Domination: The Unmaking of the American Empire (Zed, 2005) and Capitalism’s Last Stand? Deglobalisation in the Age of Austerity (Zed, 2013).

What: Book event on Paper Dragons: China and the Next Crash