For sick workers locked into their jobs for health care, a Catch-22

Cancer survivor Patti Hanks was terrified of going back to work during the pandemic but felt she had no choice. If she refused to resume her sales and finance duties at a furniture store in Virginia, she would lose her job and her health insurance. Because she was dependent upon her employer for health insurance, she had no bargaining power. 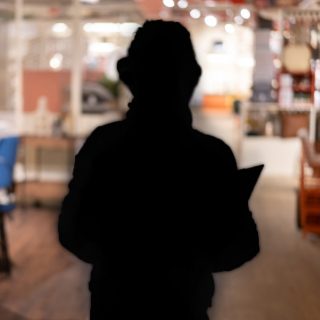 When Patti Hanks was summoned back to her job in sales and finance at a furniture store in Virginia, she had no choice but to return, even though her health was on the line. With an immune system compromised by recent treatment for ovarian cancer, the 62-year-old Hanks is especially vulnerable to COVID-19. Yet as much as she worries about getting sick, the prospect of losing her job and with it her health insurance frightens her even more. And finding another job at her age—especially one that offers benefits and allows her to work from home—seems all but impossible during an economic downturn.

According to a recent study by the Kaiser Family Foundation, an estimated 37.7 million American workers are at high risk of becoming seriously ill as a result of the coronavirus pandemic, totaling nearly a quarter of the U.S. workforce. Yet, like Hanks, these same workers also feel the most pressure to return to work in order to hold onto their health benefits. Without insurance coverage, they would be unable to treat the underlying health conditions—asthma, heart conditions, diabetes, and compromised immune systems—that the Centers for Disease Control and Prevention warns place them at the greatest risk.

While the Affordable Care Act has helped Americans get insurance outside of work by enabling them to purchase subsidized coverage from new private insurance marketplaces, the cheapest plans available on the insurance marketplaces tend to be of lesser quality than what employers provide, while patients are expected to pay more of their treatment costs via copays and deductibles. And in the 12 states that have refused to expand Medicaid, workers who’ve lost health coverage through their employer may find affordable options hard to come by.

“In other countries you don’t hear about people losing health insurance when they lose their jobs.”

While the pandemic’s economic impact has been felt around the globe, the U.S. is unique among wealthy industrialized countries in that workers losing their jobs are also losing their health insurance. “In other countries you don’t hear about people losing health insurance when they lose their jobs,” says Larry Levitt, vice president for health policy at the Kaiser Family Foundation. “It is one of the many ways the U.S. health system has made us so much more vulnerable to the effects of the pandemic than other countries.”

Patti Hanks ultimately decided that the risk of going without coverage was a greater threat to her health than possible exposure to coronavirus at work. Had she declined to return to work, her health insurance was not the only benefit Hanks would have lost. Employers in Virginia, where Hanks works, can report workers who refuse to return, putting their unemployment benefits in jeopardy. In states where such return-to-work policies are being aggressively enforced, including Alabama, Oklahoma, South Carolina, and Tennessee, jobless workers who have opted not to return to their workplaces when offered the chance must be directly affected by COVID-19 to continue receiving unemployment benefits. Fear of getting sick—even for workers whose health places them at high risk of becoming seriously ill—is not considered a valid excuse for refusing to return to work.

Josh Bivens and Ben Zipperer, Health Insurance and the COVID-19 Shock: What We Know So Far About Health Insurance Losses and What It Means for Policy, Economic Policy Institute, August, 2020.

Jack Healy, “Workers Fearful of the Coronavirus Are Getting Fired and Losing Their Benefits,” New York Times, June 4, 2020.

Ally Schweitzer, “More Than 12,000 Virginians Have Lost Unemployment Benefits Because They Refuse to Return to Work,” WAMU, June 19, 2020.