For Amazon warehouse workers, a struggle to stay afloat

As a warehouse worker at an Amazon grocery distribution center in Avenel, New Jersey, Courtenay Brown struggles to pay bills, and was even homeless for a time. With Amazon now the major employer in her area, she has few other job options. In communities like hers, jobs in unionized logistics companies offering opportunities for advancement and a path to the middle class are being replaced by monotonous mostly dead-end jobs that pay about half as much. As Brown puts it, “Amazon comes to places when people are desperate.” 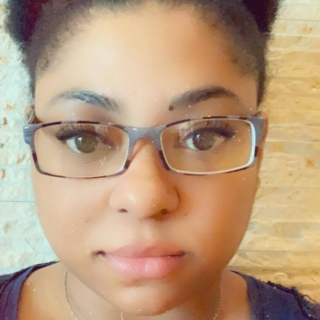 When Courtenay Brown was hired as a package handler at an Amazon grocery distribution center in Avenel, New Jersey, three years ago, she thought she’d finally found the stable job she’d been so desperate for. Reality soon set in. She and her sister, who also works for Amazon, were unable to find an apartment because landlords said they didn’t earn enough. Her roughly $17 an hour pay rate—about half that of comparable jobs at unionized logistics companies—didn’t provide enough to pay bills and save for a security deposit. And so they rented motel rooms by the week. With the aid of a charity, Brown and her sister were finally able to find stable housing, but their financial situation has improved little. Today, Brown spends close to half of her take-home pay on rent, and an additional $200 per month to take the Amazon van to the distribution center, where her day typically begins at 5:30 a.m. and doesn’t end until after 6 p.m.

“The last thing we want to do is lose our job because we’ll go back to being homeless and having nothing.”

Brown says that while she is barely hanging on, quitting isn’t an option. “Me and my sister, the last thing we want to do is lose our job because we’ll go back to being homeless and having nothing,” Brown told a reporter. “We’re in a tough situation, and this is all we can find that’s stable. Amazon comes to places when people are desperate.”

Her situation is far from unique. A recent U.S. Government Accountability study found that more than 4,000 Amazon warehouse workers in nine states are on food stamps.

Countless more Amazon workers struggle to pay the bills. Nor is finding another warehouse job an option for workers like Brown. As Amazon’s breakneck expansion continues—it is opening new warehouses in the U.S. at the rate of one per day—the company is dragging down wages for warehouse workers across the entire industry.

According to a recent Bloomberg analysis, in the 68 communities where Amazon opened its largest facilities, warehouse industry wages fell by more than 6% in the first two years after Amazon opened its doors. “Wages often tick higher in subsequent years, but don’t reach their pre-Amazon level till five years after a new facility opens—meaning that industry workers, on average, find themselves no better off half a decade after Amazon’s arrival,” the article said.

Amazon’s explosive growth, and the growth of other companies providing nonunion jobs, is also undermining the ability of workers to band together to demand higher wages. According to the Bureau of Labor Statistics, union membership in the logistics sector declined more than in any other industry, dropping from 21.3% in 2009 to 16.1% a decade later.

For Courtenay Brown, a promotion during the holiday season provided a much-needed boost in pay. Amazon assigned her to train new workers and assist in opening new facilities, for which she was paid an additional $2 per hour. But the promotion was just temporary. Unless Amazon promoted her permanently, Brown would be back to handling packages and earning $17 an hour. The odds were not in her favor. According to Bloomberg, just 3.5% of Amazon’s more than 1 million employees in the company’s logistics group received promotions last year.

Brown also faces another obstacle. She recently joined with community groups in New Jersey to demand better treatment and higher pay for Amazon workers. Her colleagues warned her that her advocacy could get her fired. But it was a risk Brown was willing to take.