Erratic scheduling forces mom to choose between work and her son

As a restaurant server, Alicia Fleming regularly received her schedule just days before she was supposed to report for work. That lack of notice for shifts that could last as late as 3 a.m. made it nearly impossible for Fleming to arrange child care for her son. But since missing work meant lost income—and jeopardizing a job she desperately needed—she was forced into a stressful juggling act that took a psychological toll on her. When she couldn’t find care she lost needed income, adding financial distress to the mental anguish of begin unable to provide her son with the stability he deserved. Now, as a worker rights advocate, Fleming has a message: It doesn’t have to be this way. 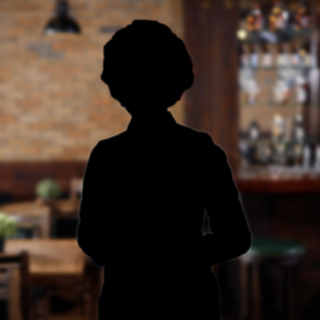 As a young woman, Alicia Fleming waited tables at restaurants all over western Massachusetts, work that was demanding but satisfying.

“My first job was at Dunkin Donuts when I was still in high school and I worked my way up from there,” she said.

After she moved from franchise restaurants to higher-end establishments, she made a decent living off of her tips. By the time she was 32 she was working at a popular Polynesian restaurant known for hosting big events that packed in hundreds of diners on the weekends. But then she had a child.

As a single mother, Fleming struggled to find child care for her son, a task made much more difficult by the fact that she would only get her work schedule a few days before she was expected to show up for shifts that often lasted as late as 2–3 a.m. When she came up short in her last-minute search for care, Fleming had to miss work, meaning that she didn’t make any money and risked losing the job for good. As her income fluctuated, she struggled to stay afloat.

“It was incredibly stressful,” says Fleming.

Fleming’s last-minute schedule is typical in the food-service industry and retail sectors, which together employ more than 25 million people. In recent decades, employers have increasingly shifted to what’s known as “just-in-time” scheduling, bringing in workers, sending them home earlier, or canceling shifts altogether in response to customer demand. According to some estimates, as many as one-third of workers in retail or food service receive less than one week notice on their schedules. For workers overall, nearly one in five learn their schedules less than one week in advance and for young workers and workers of color, that share is even higher.

For Fleming, already in an industry in which workers have little bargaining power, the sheer unpredictability of her schedule also left her feeling powerless as a worker. Forced to turn down lucrative shifts due to lack of child care, she was increasingly dependent on her employer for any shift. Nor was quitting an option.

“I was at a point where I was just struggling to pay bills,” says Fleming.

That sense of financial vulnerability is widely shared by workers with unpredictable schedules. According to a recent Brookings Institution report, just-in-time-scheduling destabilizes workers’ earnings, while income volatility often disrupts their ability to access safety net programs. Constantly shifting schedules also leave workers without the ability to improve their situations, either by going to school or by picking up a second job.

Surveys indicate that workers with highly variable schedules are at greater risk of food insecurity and housing instability. Researchers at the Shift Project, which has surveyed nearly 100,000 workers at the country’s largest retail and food companies since 2016, have also found strong evidence that last-minute scheduling takes a psychological toll on employees. For the Shift Project, Daniel Schneider at the University of California Berkeley and Kristen Harknett at the University of California San Francisco studied workers with unpredictable schedules, including those given little notice before shifts were scheduled or canceled, and those subject to “clopening”—scheduled for a store’s opening and for its closing with hours off in between. Harknett and Schneider found that 70% of these workers reported experiencing psychological distress.

Harknett and Schneider warn that the fallout from work schedule instability extends beyond the workers themselves, disrupting the lives of their children as well: “Kids thrive in environments of security, consistency, and support. These environments are difficult to maintain in the face of on-call shifts, last-minute cancellations, changes to schedule timing, and clopening shifts.” Such disruptions may constrain children’s life opportunities from the very start, they argue.

Fortunately, a growing movement to demand more predictable schedules for workers is beginning to have an impact. In the last few years, a growing number of cities, including Philadelphia, New York, Chicago, and Seattle, have enacted legislation that requires large retail and food service companies to give workers more notice about their schedules, provide compensation in the event of sudden schedule changes, and provide a certain amount of time off between the end of the last shift and the beginning of the next one. And as workers use new leverage from post-pandemic labor shortages to push for higher pay and better working conditions, they’re also demanding more humane schedules. One recent study found that more predictable schedules increase productivity and sales.

As for Fleming, she now works as an organizer for Massachusetts Jobs with Justice, where she advocates for workers’ rights, including more predictable schedules for workers. Massachusetts is currently considering “fair workweek” legislation that would require employers to provide two weeks’ notice of scheduled shifts, allow employees to request specific hours without retaliation, and prohibit employers from scheduling less than 11 hours of rest time between shifts. Fleming says that looking back on her experience, she sees just how central the lack of control over her schedule was to her struggles as a worker and a single mother.

“If I’d had my schedule two weeks in advance, I would have been able to find help with child care or look for someone to fill a shift if I couldn’t work. But only having two or three days just made it impossible.”