Still terrible at two: The Trump tax act delivered big benefits to the rich and corporations but nearly none for working families 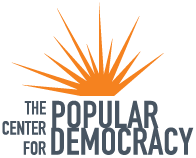 This report was produced in collaboration with the Center for Popular Democracy.

Despite the Trump administration’s claims of success, the Tax Cuts and Jobs Act (TCJA) did not increase wages for working people, failed to spur business investment, decreased corporate tax revenues, and boosted stock buybacks in its wake. Stock buybacks rose more than 50% to $560 billion in 2018—and look on-pace to hit $500 billion again in 2019. Meanwhile, there was no uptick in business investment in 2018 and significant declines in the six months of available data in 2019. Additionally, CBO estimates show that corporate tax revenue has declined more than originally anticipated. While real (inflation-adjusted) wage growth accelerated in 2018 relative to 2017, similar one-year accelerations have been seen in recent years. Further, wage growth in 2019 has decisively decelerated. Other influences pushing up wage growth in 2018—tight labor markets and higher state-level minimum wages—can fully explain the mild pickup in wage growth for that year.