The Trump administration’s Department of Labor is actively working to weaken or rescind the “fiduciary” rule (the rule that requires financial advisers to act in the best interest of their clients). The latest step in these efforts is a Request for Information that, among other things, requests comments from the public about whether the department should delay parts of the rule past their already-delayed current implementation date of January 1st, 2018.

We estimate that the delays the department has already instituted under the new administration mean that retirement savers will lose $7.6 billion over the next 30 years. Each year of further delay will cost retirement savers an additional $7.3 billion dollars over the next 30 years. Given the large, persistent losses by retirement investors that would result from a further delay, we oppose a delay of any length of the full implementation and enforcement of the rule.

The map below shows how much retirement savers would lose in each state over the next 30 years as a result of a further one-year delay. Losses from an additional delay range from $10.4 million in Wyoming to $88.2 million in Iowa to $432.4 million in Texas and $804.9 million in California. 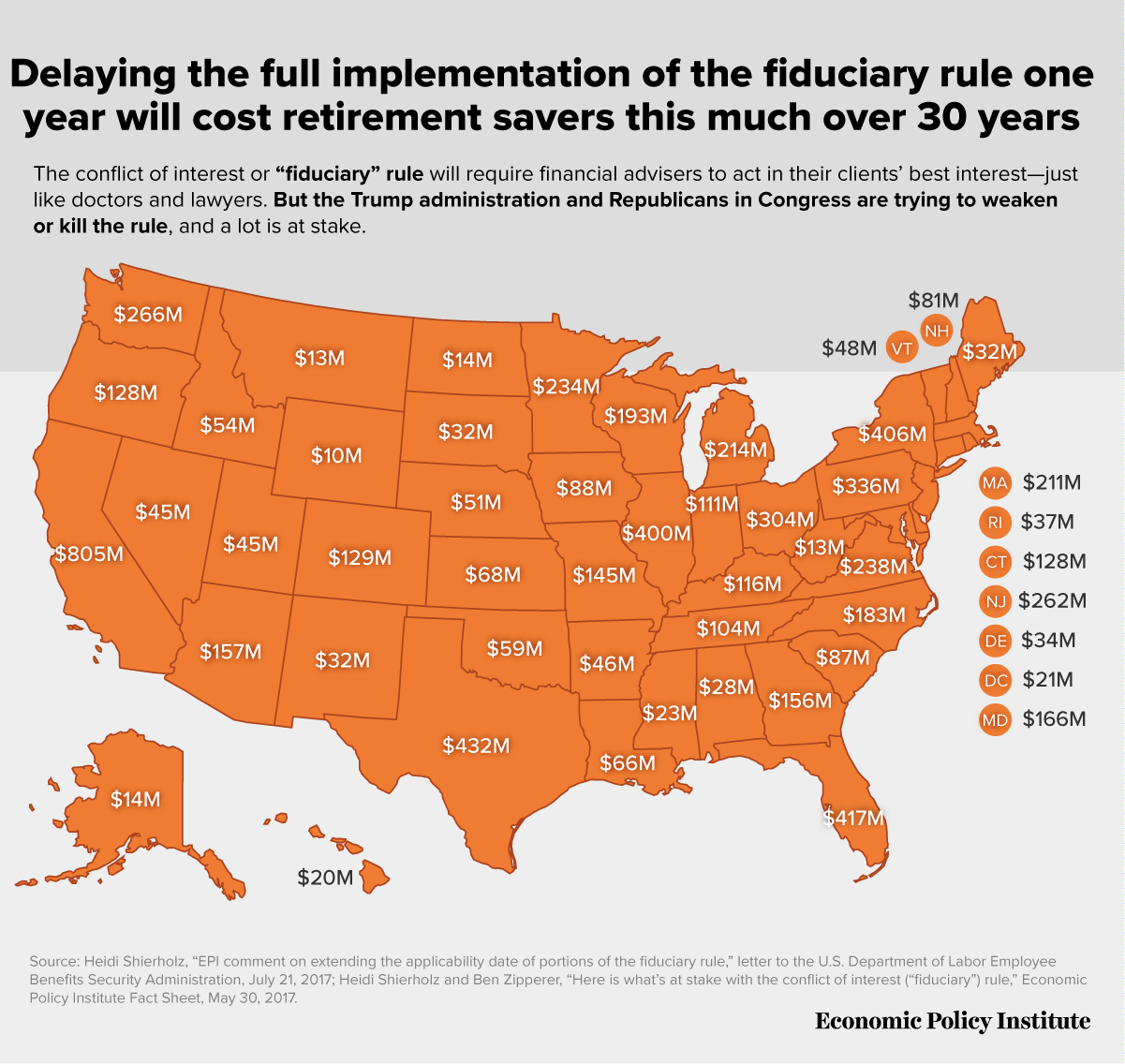 It is worth noting that we look over a long horizon due to the fact that if there is a delay, losses to retirement investors persist and compound long after the delay ends. The Labor Department itself has noted that as a result of a delay, the losses to retirement investors would “continue to accrue until affected investors withdraw affected funds or reinvest them pursuant to new recommendations“ and that losses up to that point “would not be recovered, and would continue to compound, as the accumulated losses would have reduced the asset base that is available later for reinvestment or spending.”