Workers pay high price when burnout is a corporate strategy

Summary
Amazon package sorter Cody Eaton is hampered from finding coworker camaraderie in an environment where workers regularly leave because the job is stressful and physically exhausting. Without those relationships, it has been difficult to join forces to fight for better working conditions. High turnover appears to be a corporate strategy for fighting unionization and keeping workers at the mercy of the company. When people don’t stick around for long, it’s much harder to band together to push for changes. Fortunately, researchers and the media are catching on to this tool for weakening worker bargaining power. The first step to combatting the forces that keep wages low and workers powerless is confronting the causes. 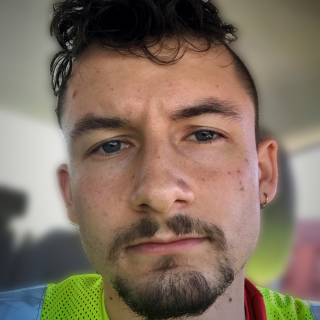 Working as a package sorter at an Amazon warehouse in the Bronx, it didn’t take Cody Eaton long to notice that few of his coworkers seem to stick around for long. The high turnover among the roughly 300 workers who sort packages for delivery by Amazon’s army of “last mile” drivers makes it difficult for Eaton to get to know people. But high turnover also undercuts the ability of Eaton and his coworkers to sustain a push for changes at Amazon.

“Workers here all have the same complaints—about low pay, the constant pressure, and how hard it is to report an issue to the automated HR system,” says Eaton. But having so much churn in the workforce “makes it difficult to build and maintain relationships with coworkers,” he explains.

A growing body of reporting and research suggests that Eaton is onto something. High worker turnover, present throughout Amazon’s workplaces, weakens the bargaining power of the company’s workers and thwarts union organizing.

A  2020 report by the National Employment Law Project (NELP) found turnover rates of more than 100% among warehouse workers in California counties where Amazon fulfillment centers are located. “More workers leave their warehouse jobs each year than the total number of warehouse workers employed in those counties,” note the study authors. Tracking county-level worker turnover data between 2011, the year before the first Amazon fulfillment center opened in California, and 2017, NELP found that turnover rates more than doubled, from 38.1% to 100.9%—an increase of 62 percentage points.

More recent data paint an even more disturbing picture. The Seattle Times determined that, during the first months of the pandemic, turnover rate among front-line Amazon workers was at least twice the industry average. An extensive investigation by the New York Times into Amazon’s labor practices and the management philosophy behind those practices found that even prior to the pandemic, Amazon was losing roughly 3 percent of its hourly associates per week, a turnover rate of approximately 150% a year, roughly double the rate of the retail and logistics industries. Indeed, Amazon’s combination of rapid hiring and high turnover has some industry executives concerned about the possibility of “running out of workers.”

The recent reports on Amazon critique a corporate business model that treats workers as disposable. Jeff Bezos, who founded the company and ran it for 27 years, was legendary for disdaining long-term employment, proclaiming that it breeds “mediocrity,” a former Amazon executive recalls. But sky-high turnover at the retailing giant also serves another goal. It undercuts growing efforts by workers to unionize.

The National Labor Relations Board administers and enforces the federally protected right of working people in the private sector to join together in collective action, including forming a union. To hold an NLRB election, a union must demonstrate that at least 30% of workers in the expected bargaining unit (the group of workers that will be represented by the union) have signed union authorization cards. Constant churn among workers makes it much harder to reach that benchmark, as union supporters are replaced by new workers. In its post-mortem of last spring’s vote against unionizing by workers at Amazon’s warehouse in Bessemer, Alabama, union officials said excessive turnover rates made it difficult to determine whether union supporters still worked at the facility.

High turnover also makes it exceedingly difficult to build solidarity among workers. As journalist David Jamieson observed recently in his article for HuffPost, workers who view their position at Amazon as a short-term gig may be less invested in making the commitment—or taking the risks—that banding together with other employees requires. And the risks are high, with getting fired being just one of the most brutal of the many forms of retaliation unionizing workers face, according to research by the Economic Policy Institute.

Eaton and a group of coworkers were able to clear this hurdle to collective action temporarily in February of 2021, pushing back against Amazon’s treatment with a petition for pay and safety demands that gained 106 signatures in a month. While they made some progress on the demands, high turnover in the months following the effort hampered momentum. Today, by Eaton’s count, less than half of those workers remain employed at the warehouse. “The physical toll of the job just grinds people down, they’ll be fired or quit to try to find a better job somewhere else,” said Eaton. “Sometimes they’re not even sure why they were fired.”

Gordon Lafer and Lola Loustaunau, Fear at Work: An Inside Account of How Employers Threaten, Intimidate, and Harass Workers to Stop Them from Exercising Their Right to Collective Bargaining, Economic Policy Institute, July 202.

Aaron Mak, “Why Union Organizers Think They Got Creamed by Amazon,” Slate, April 14, 2021.

Cody Eaton, 24, works for Amazon out of its warehouse in the Bronx, N.Y. where he sorts packages for drivers to deliver to the “final mile.” There are approximately 300 coworkers at the facility who are forced to put up with constant pressure, low wages, job insecurity, unsafe conditions and an opaque HR system

Situation is largely the result of a conscious policy of the company that aims at high employee turnover and a “hire and fire” model of constant churn. This churn makes the growing efforts by Amazon workers across the country to collectively organizing to redress grievances extremely difficult. Eaton did not want to discuss existing organizing efforts. Location is an “academy” site used to train workers and supervisors.

According to Eaton, who has worked at the warehouse for the past year he can barely get to know his coworkers because of the constant turnover. Having so much churn in who works there makes it difficult to build meaningful relationships with coworkers. Employees are fired for petty infractions, for calling in sick or they quit due to the physical toll or to find better jobs somewhere else. Sometimes they’re not sure why they were fired and might be terminated by a phone call.

After starting at $15.25 an hour Eaton now makes $16.50 an hour and the prospect of raises or promotions is remote. Most of the supervisors are college grads who constantly rotate in and out and that makes their understanding of the job or, the employees and their concerns, difficult at best.

Eaton and a group of coworkers were able to clear this hurdle temporarily in February of 2021, pushing back against Amazon’s treatment with a petition for pay and safety demands that gained 106 signatures in a month. Some progress on the demands, high turnover in the months following the effort hampered momentum. Today,less than half of those workers remain employed at the warehouse. The physical toll of the job just grinds people down, they’ll be fired or quit to try to find a better job somewhere else. Sometimes they’re not even sure why they were fired.

Human Resources department at Amazon is largely automated, making trying to address issues like an on-the-job injury or paycheck issues. Eaton says it’s like trying to get though to a call center. Although the company offers a generous benefit package in reality they make it cumbersome to use and the constant turnover means few take advantage of it. Sometimes employees just disappear.Company responds to complaints with vow to better communicate. hazard pay for COVID has been eliminated.