Speaking up about COVID health concerns led to a pink slip

As a youth counselor for a Philadelphia nonprofit, Jeanette Bellinger lived paycheck to paycheck. So, when managers at the Old Pine Community Center announced that they were reopening the facility even as the pandemic was hitting the city hard, she was placed in an impossible situation. Returning to work meant putting her family at risk but staying home meant giving up the income on which her extended family depended. She decided to join a group of co-workers and spoke up, demanding that the organization implement essential safety measures before reopening. Ten days later, she was fired. 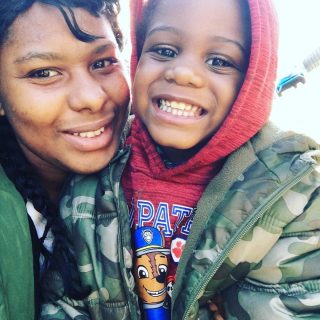 Youth counselor Jeanette Bellinger and her co-workers at Philadelphia’s Old Pine Community Center were scared. It was July 2020, the summer of the coronavirus pandemic, when workers across the country were facing the threat of infection every day. The nonprofit center, which runs educational programs and food distribution, was about to reopen after the briefest of shutdowns despite the risks posed to the staff. A supervisor had just tested positive for the virus and Bellinger and her co-workers were scrambling to get tested with no hope of results before the reopening. And so Bellinger and a group of program staff and maintenance workers decided to speak out, putting their concerns in writing in a letter to the organization’s board.

With no union to protect them, the workers knew they were taking a risk by speaking up. But quitting wasn’t an option either. Low pay meant that Bellinger and her co-workers lived paycheck to paycheck. With no bargaining power to force their employer to enact safety precautions, the workers had no choice but to put their jobs and livelihoods on the line.

“Reopening the center on Monday is not in the best interest of the staff and does not take into account our collective voices,” the workers wrote, arguing that they didn’t feel safe going back to work until they’d tested negative and quarantined for two weeks—guidance they’d received from a local health clinic. Moreover, their request for hazard pay had been denied and they’d been forced to pay for virus testing out of their own pockets. Finally, the workers pointed to a workplace culture of “fear of retaliation and retribution in voicing concerns.”

Ten days later, five of the nine workers who signed the letter were fired. While managers cited cutbacks to the center’s programs as the official reason, Bellinger says that she doesn’t buy that explanation. “We spoke up and because of that we lost our jobs.”

Bellinger and her co-workers later sued Old Pine Center, claiming that the organization had violated Philadelphia’s COVID-19 anti-retaliation law. The measure, which went into effect in June 2020, prohibits Philadelphia employers from taking any “adverse employment action” against employees who’ve identified violations of COVID-19 public health orders from the city, state, or U.S. Centers for Disease Control and Prevention.

But it was management’s refusal to acknowledge the fear of many of the employees that rankled most, says Bellinger, who worked at Old Pine for two years. “No one ever asked if we were comfortable working with COVID,” says Bellinger. Nor did Old Pine management respond to the workers requests for safety equipment. Bellinger says that when she and her coworkers requested face shields for the children who’d be attending a summer camp, they were ignored.

That put Bellinger in an impossible situation, fearful of returning to work lest she endanger her own family, yet unable to stop working. “I have two small children, one with autism, and my mother lives with us. I was worried about them. [But] I’m the breadwinner. I live paycheck to paycheck, but at least I knew the paycheck was coming,” says Bellinger.

Philadelphia’s ordinance protecting workers is unusual—it was the first municipality in the country to enact such projections. While 14 states implemented expanded worker protections during the pandemic, workers who believed that their employers were endangering their health and safety during the pandemic had little recourse. The Occupational Safety and Health Administration received more than 9,000 pandemic-related complaints from workers but cited just 300 employers, fining them a total of $3.9 million. An investigation by journalists at Reuters found dozens of workplaces that were never investigated at all, or which inspectors took months to inspect. A subsequent Reuters investigation found that more than half of the employers cited by OSHA had yet to pay their fines.

The lawsuit filed by Bellinger and her co-workers is one of the first cases citing Philadelphia’s COVID-19 ordinance. While Bellinger is thankful to have some protection, she has paid a heavy price for speaking out at work. Nine months after losing her job Bellinger remains out of work.” She has since gone back to school to pursue a degree in human services in hopes of landing another job working with children. “I have a family to take care of and now I’m scared,” she said. “I’m just trying to make it.