Who are today’s union members?

As Labor Day approaches, we honor the labor leaders and working people throughout history who have fought for labor protections and a voice on the job. In 2017, unions continue to fight for labor standards and higher wages in traditionally unionized sectors, like manufacturing, along with new industries, like digital journalism. 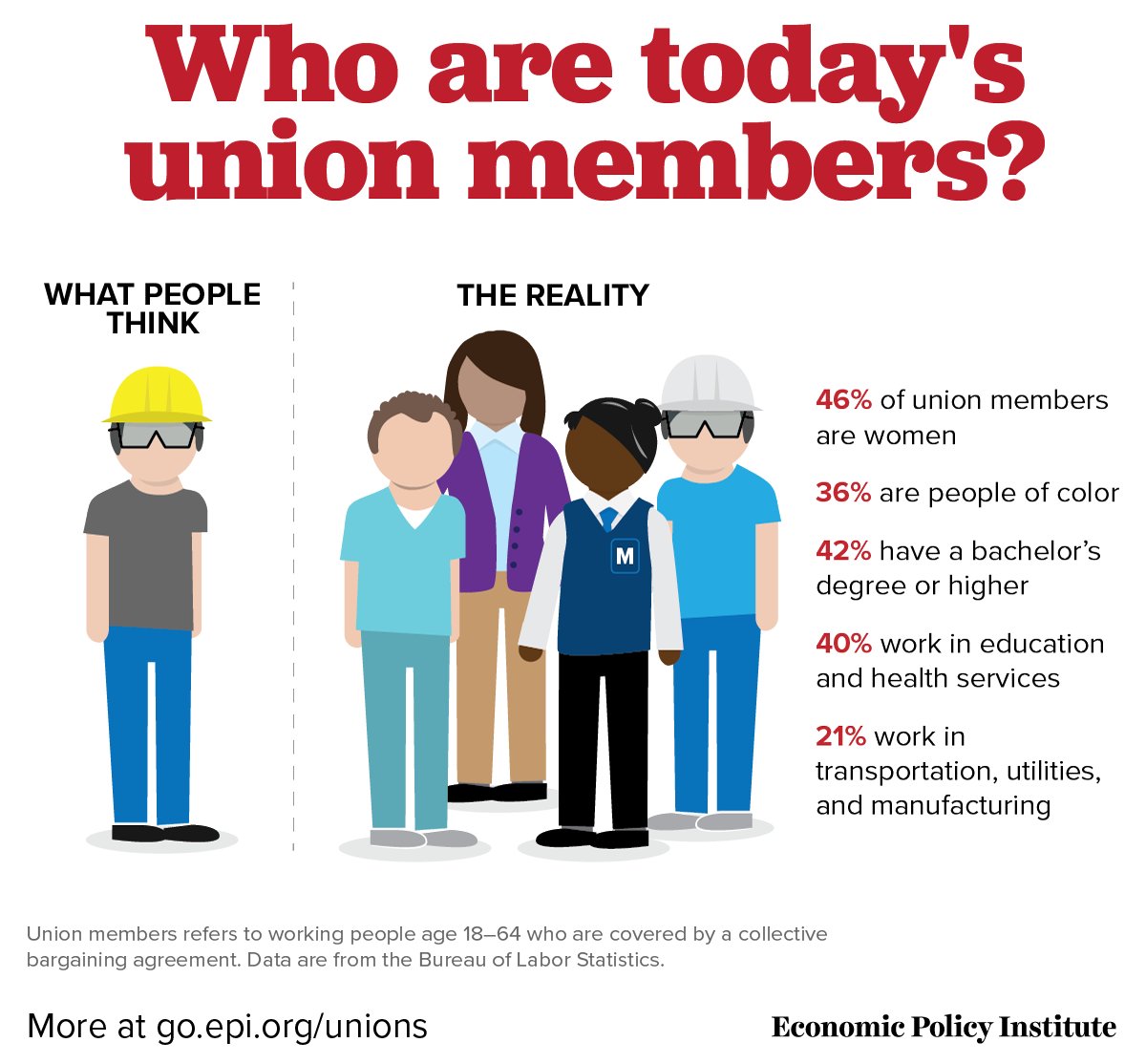 Union members are also represented at all levels of education. More than half of union workers age 18 to 64 have an associate degree or more education and about 42 percent have a bachelor’s degree or higher.

Learn more about how unions help today’s workforce in EPI’s new report “How today’s unions help working people: Giving workers the power to improve their jobs and unrig the economy.”