Straight out of college, women make $4 less per hour than men—and the gap is getting wider

Right out of college, young male college graduates are paid more than their women peers—astonishing, given that these young people by definition have the same experience. While young men with a college degree earn an average hourly wage of $20.94 early in their careers, their female counterparts earn an average hourly wage of just $16.58, or $4.36 less than men. This difference would translate to a $9,000 annual wage gap for full-time workers.

Furthermore, this gap has widened not only over the past several decades, but even over the past few years. In 1990 and 2000, young female college graduates earned 92 cents for every dollar their male counterparts made. In 2016, they earned just 79 cents on the dollar, down from 84 cents per dollar in 2015. 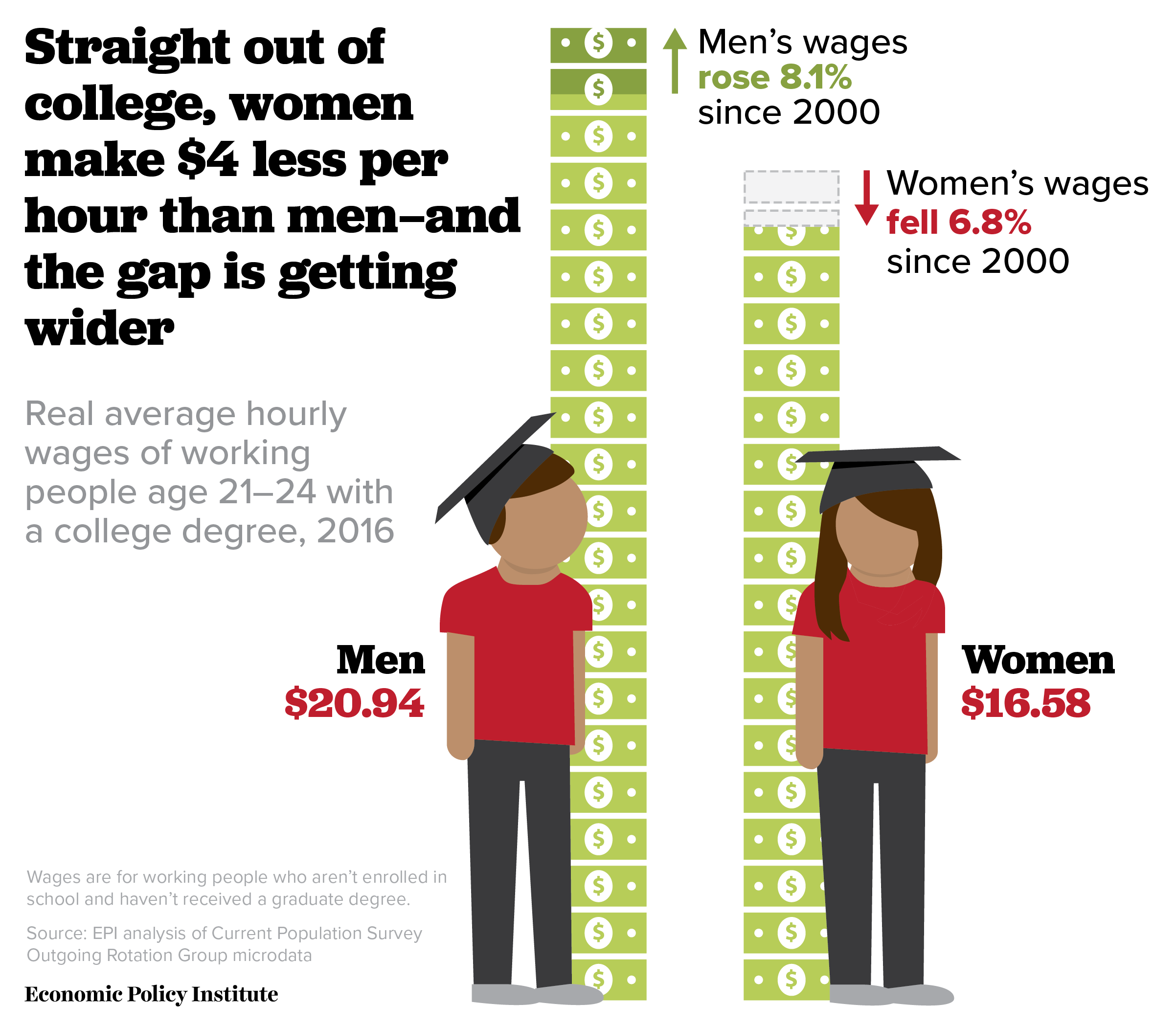 The best way to close the gender wage gap for people of all educational backgrounds, regardless of gender, is for all working people to see real wage increases, with women’s wages increasing at a faster rate than men’s. The good news is that many of the policies that will raise wages for most working people will disproportionately benefit women, including raising the minimum wage, eliminating the tipped minimum wage, and strengthening workers’ collective bargaining rights. At the end of the day, all workers are sorely in need of a raise.