April 10th is Equal Pay Day, a reminder that a significant pay gap still exists between men and women in our country. April 10th marks how far into 2018 women would have to work to earn the same amount that men earned in 2017. On average in 2017, women were paid 22 percent less than men, after controlling for race and ethnicity, education, age, and location. 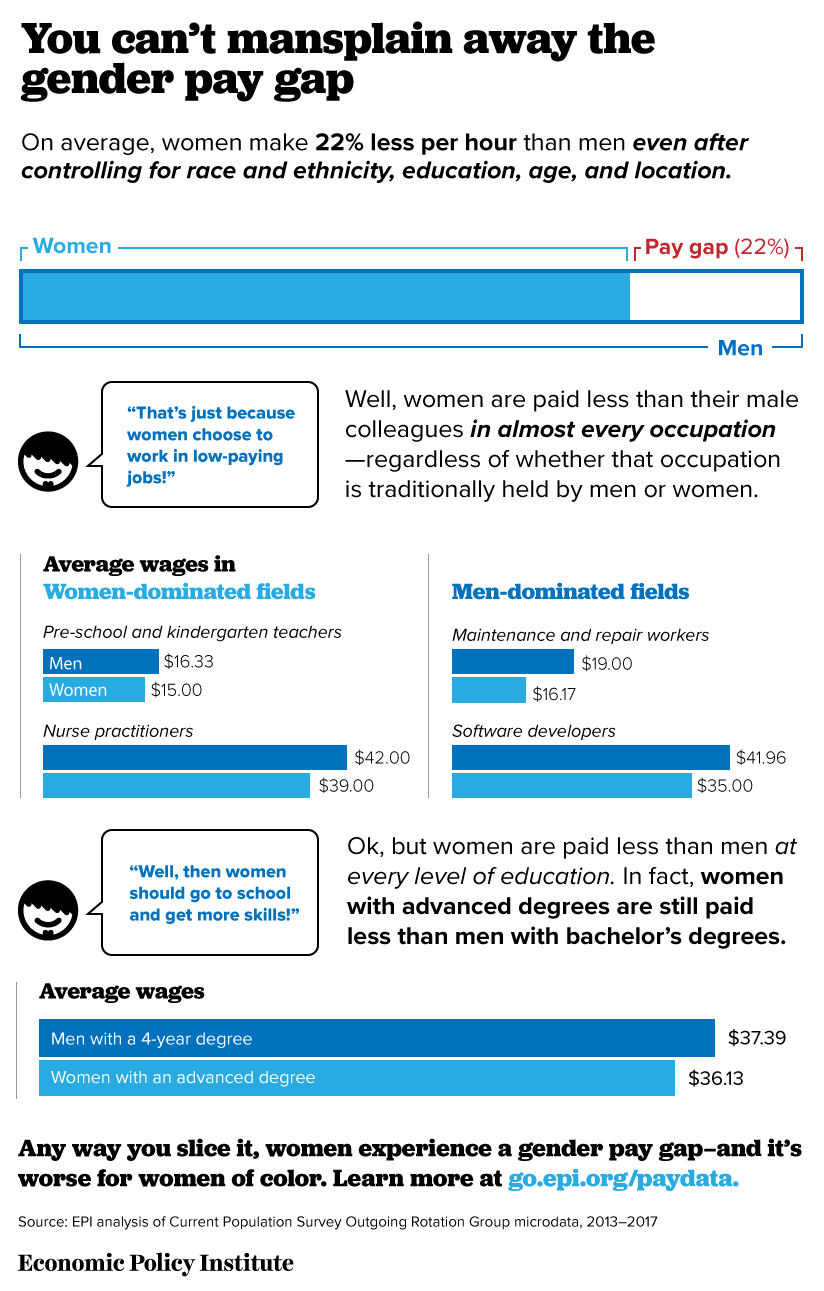 To close the gender pay gap, women need to see real wage growth faster than their male counterparts. The best type of narrowing occurs when both women and men see real annual wage growth. To see how much you could be earning in a more equal society, check out EPI’s Gender pay calculator.