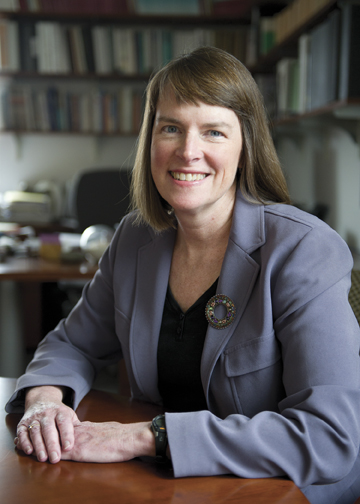 Bio
Lisa M. Lynch, is the Maurice B. Hexter Professor of Social and Economic Policy in Brandeis University’s Heller School for Social Policy and Management. Previously, she served as Brandeis University’s Provost and Executive Vice President of Academic Affairs from 2014-15 and 2016-2020, Interim President of Brandeis University from 2015 to 2016, and Dean of the Heller School for Social Policy and Management from 2008 to 2014. Lynch is currently a member of the Economic Advisory Panel of the New York Federal Reserve Bank, and she has served as chief economist at the U.S. Department of Labor (1995-1997); director (2004-2009), chair (2007-2009) of the board of directors of the Federal Reserve Bank of Boston; and president of the Labor and Employment Relations Association (2013-2014). She has published extensively on the impact of technological change and organizational innovation (especially training) on productivity and wages, the determinants of youth unemployment, and the school-to-work transition, among other issues. She has been a faculty member at Tufts University, MIT, the Ohio State University, and the University of Bristol. Lynch earned her BA in economics and political science at Wellesley College, and her MSc. and PhD in economics at the London School of Economics.