After the longest period in history without an increase, the federal minimum wage today is worth 27% less than 13 years ago—and 40% less than in 1968: Real value of the minimum wage (adjusted for inflation) 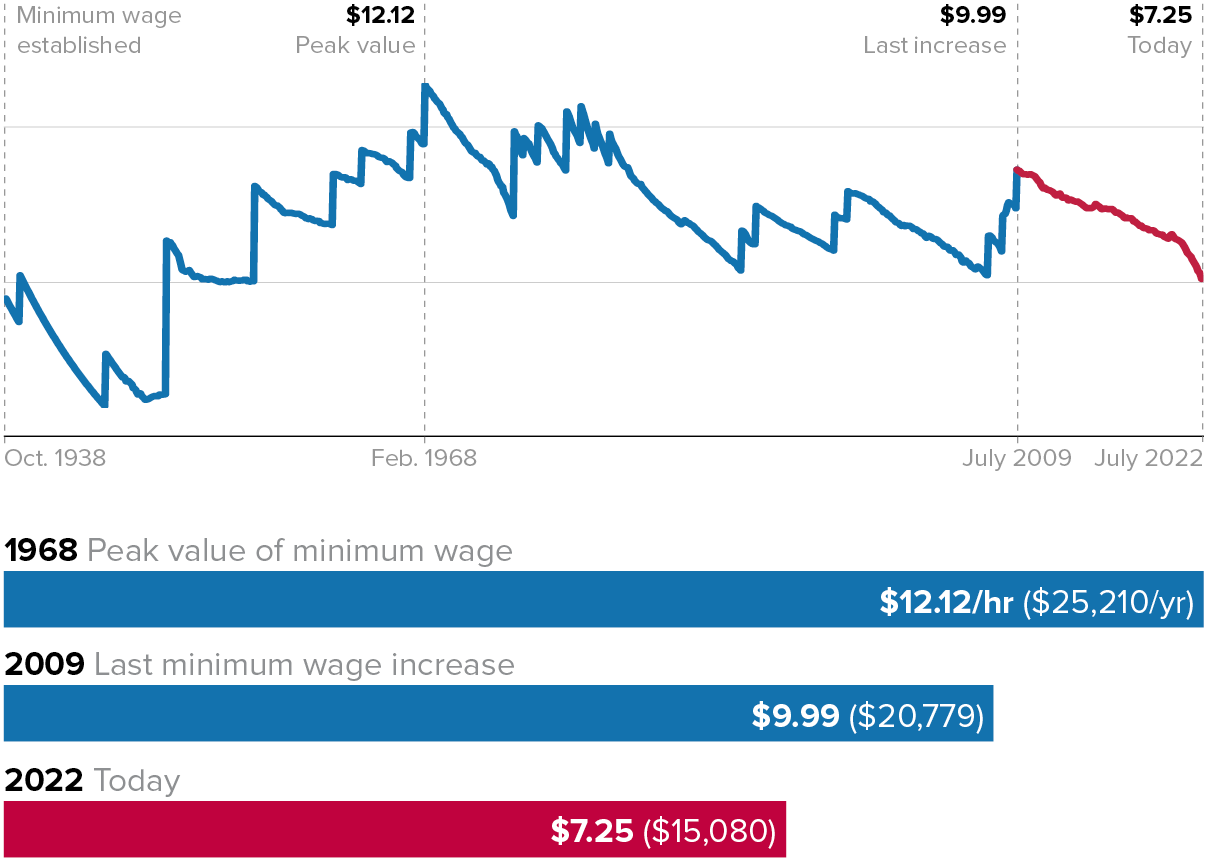