Working Economics Blog
Posted August 12, 2020 at 12:27 am by Valerie Wilson and Melat Kassa

Black Women’s Equal Pay Day, August 13, is a day to call attention to the fact that Black women deserve equal pay but are still severely underpaid. It marks how far into 2020—seven and a half months—the average Black woman must work to make the same amount as the average non-Hispanic white man was paid in 2019. On an average hourly basis, Black women are paid just 66 cents on the dollar relative to non-Hispanic white men with the same level of education, age (a proxy for work experience), and geographic location.

While this large pay gap has always been unjust and offensive to the millions of working Black women in this country, it is especially so under the current health and economic crisis. The infographics below take a closer look at average hourly earnings of Black women and non-Hispanic white men employed in major occupations at the center of national efforts to address the public health and economic effects of COVID-19. These occupations include front-line workers in health care and essential businesses like grocery and drug stores, those who have borne the brunt of job losses in the restaurant industry, and the teachers and child care workers who are critical as the economy struggles to reopen and essential to fully reopening the economy when it is safe to do so. 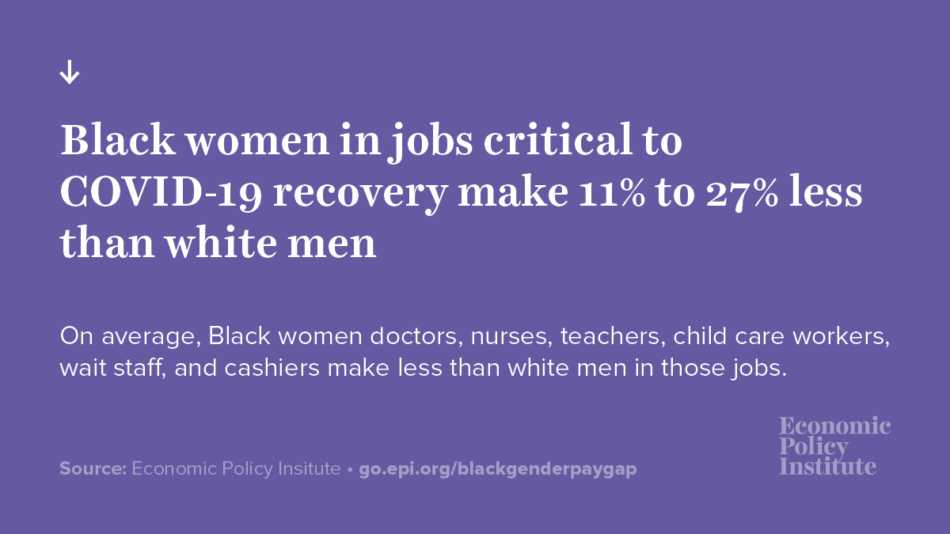 Although Black women are employed in occupations that have been essential during the pandemic and are essential to the reopening and recovery of the economy, Black women experience large pay gaps across many of these occupations. Across the six occupations listed in the infographics, we see that occupation-specific pay disparities are largest among physicians and surgeons, and smallest among waitstaff. Black women doctors are paid 73% of the average hourly wage paid to non-Hispanic white male doctors (a difference of $16.82 per hour). Black women waitstaff are paid 89% of what non-Hispanic white men in that occupation are paid (a difference of $1.13 per hour). 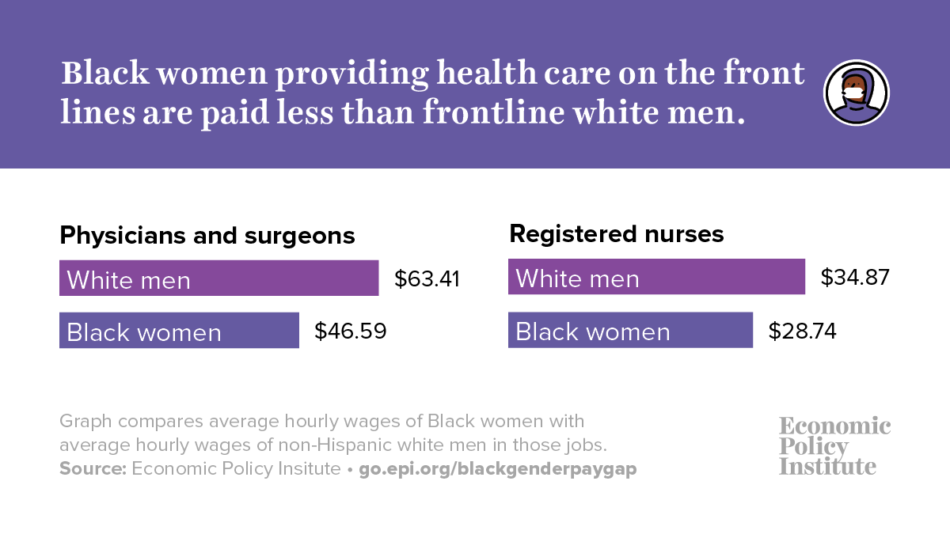 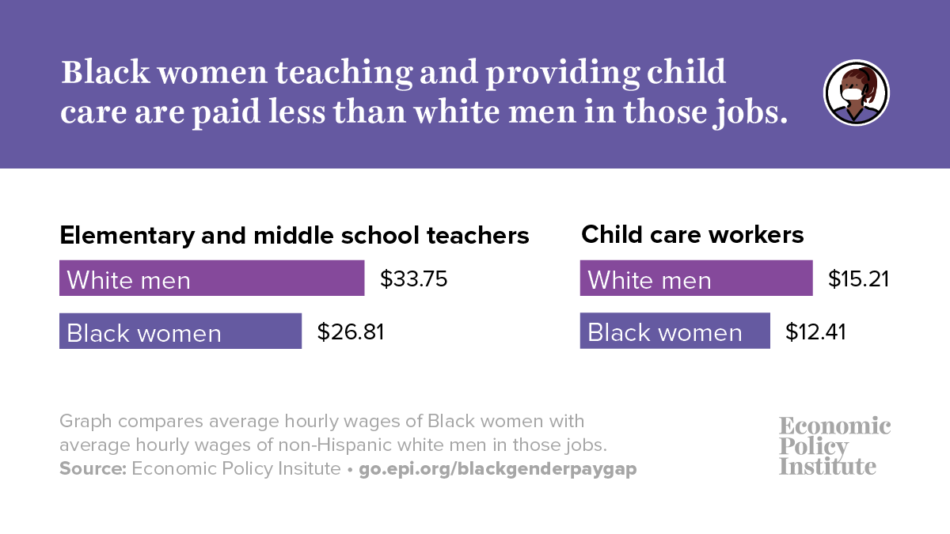 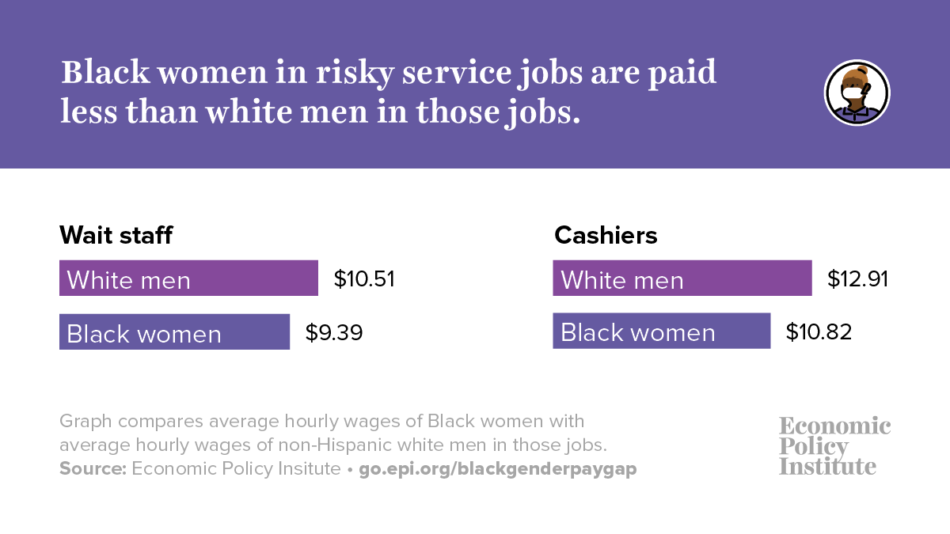 As these figures show, Black women have been essential during the pandemic and are essential as the economy struggles to reopen. Equal pay for Black women workers is long overdue.