Asian American/Pacific Islander (AAPI) Equal Pay Day is February 11. It marks the number of days into 2020 that AAPI women have to work to make the same amount as their white male counterparts were paid in 2019. Put another way, the average AAPI woman needs to work almost an extra month and a half to make up for the shortfall in annual earnings relative to the average non-Hispanic white man.

The infographic below takes a closer look at the data to debunk commonly held myths about the AAPI women’s pay gap. Specifically, all AAPI women do not face a relatively small pay gap—Asian American women are paid 93 cents on the dollar, while Hawaiian/Pacific Islander women are paid only 68 cents. 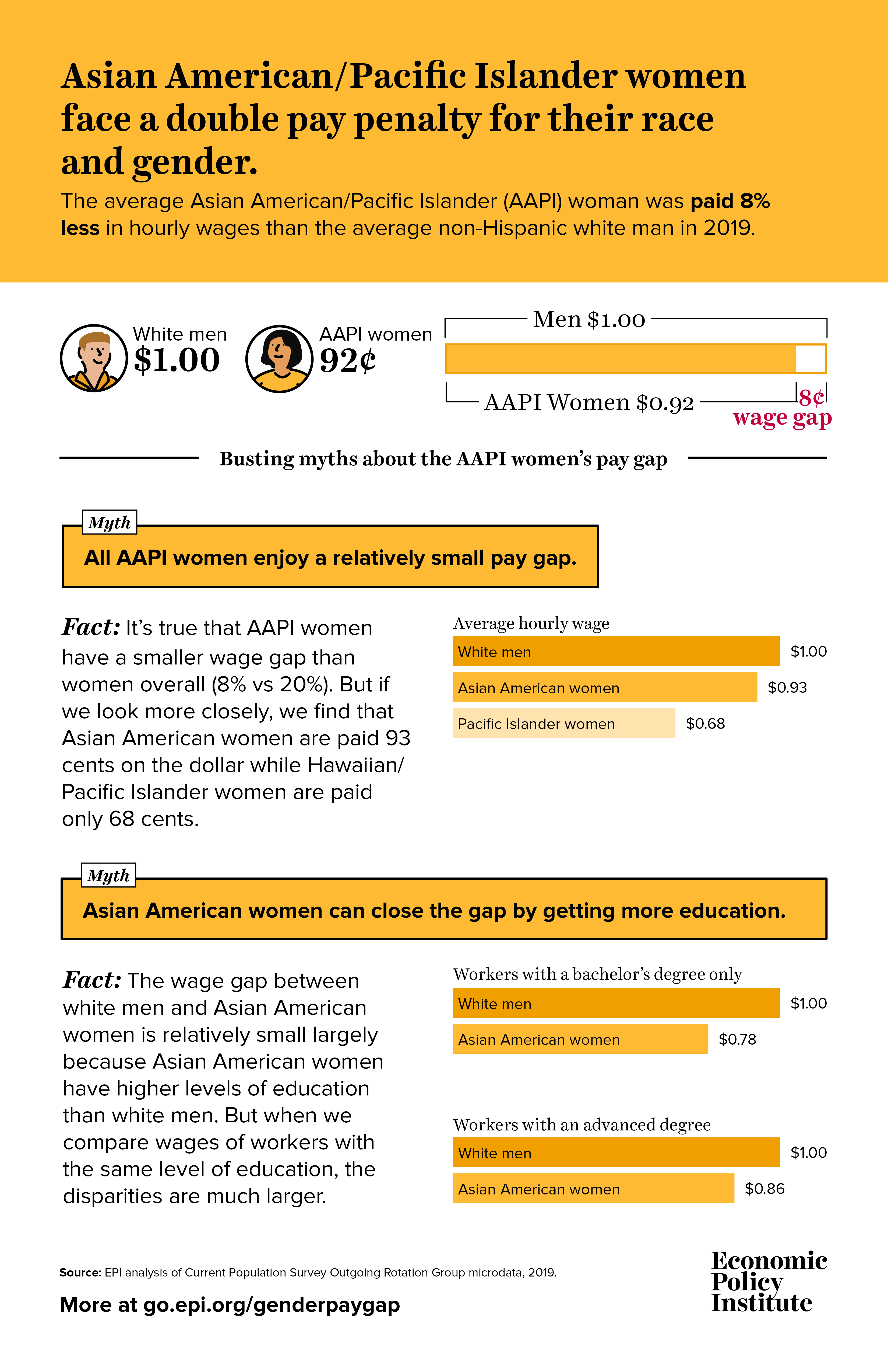