The unemployment insurance system is a cornerstone of our economic infrastructure. It exists to support working people who have lost their jobs through no fault of their own with cash benefits while steadying the economy during crises. But the UI system in many states now fundamentally fails in its core missions. Under the current system, the federal government sets certain basic ground rules, while states can fill in most of the details. State eligibility formulas exclude core groups of workers that include disproportionate shares of workers of color, such as low-wage workers, and women, such as part-time workers. Also unfairly left out are many gig workers who are misclassified as contractors and thus denied the benefits afforded only to employees in traditional employment relationships. It is up to states to determine whether workers and their employers have complied with state and federal rules, and many states lack effective tools for important tasks such as determining which employees are being misclassified as contractors.

States compete in a race to the bottom on UI taxes and, in times of economic distress, slash their way to replenishing depleted trust funds by shortening benefit duration and tightening eligibility. As a result, the once-standard, but by no means adequate, 26 weeks of benefits in normal economic times is eroding and some states offer just 12 weeks of benefits. Today, weekly benefits replace just about 40% of average wages, which is not nearly enough for workers, particular low-wage workers with families, to get by. These deteriorated standards are particularly harmful to Black workers. UI data show that states with high shares of Black workers tend to have lower UI recipiency rates—shares of unemployed workers who actually receive unemployment benefits—and lower average weekly UI benefits.

To ensure that states meet minimum federal standards for UI eligibility, duration of benefits, and benefit levels, deploy carrots—assistance in the form of federal data collection enabling delivery of broader and better targeted benefits—but rely on sticks—incremental increases in tax rates for employers that fail to meet the minimum requirements, supported by mechanisms for workers to report state noncompliance.

Many of the problems we’ve diagnosed within the UI system are driven at least in part by large structural choices that the designers of the program made when it launched in the 1930s. In the long run, a sustainable UI program for the 21st century may require fundamental rethinking of those choices. Given the political reality that interest in UI reform peaks in the wake of an economic crises and ebbs thereafter, failure to pursue major revisions now—in the midst of the coronavirus pandemic—risks squandering a rare opportunity. Our effort here therefore aims at the most urgently needed repairs.

To roll back the states’ race to the bottom, and guard against further erosion, we propose that federal law establish universal minimum guarantees across three key big policy areas: eligibility for benefits, duration of benefits, and benefit levels. States that wanted to establish more robust or more expansive benefits than the minimum guarantee could still do so. Guaranteeing universal minimum standards nationwide will make the system easier to navigate, and make it easier for workers to understand their eligibility.

To ensure that states can afford to deliver on these guarantees, we propose a set of financing reforms—fair, efficient taxes that strongly encourage employers to be good partners with workforce agencies in administering the system.

Foremost, we propose requirements with real consequences for falling short, not just incentives, because recent efforts to gently nudge states to modernize have not resulted in meaningful or lasting changes. For example, although federal changes in the wake of the Great Recession sought to encourage states to extend benefits to part-time workers, and states did make some technical changes on that front, “monetary eligibility” rules still effectively bar many part-timers from collecting any UI benefits. In the current political environment, in which some states are outright refusing to deliver even benefits fully paid for with federal dollars (Stettner 2021), we doubt that meaningful reforms can be achieved with the kinds of modest carrots and unthreatening sticks previously on offer (Galle 2019).

Instead, we would update and expand the list of obligations states must meet in order for their businesses to qualify for low federal unemployment taxes, and give the Department of Labor more flexibility to set federal tax rates.

Policy proposal: Allow the federal government to apply incremental increases to the federal tax rate on employers in states that fail to meet minimum universal standards and other key obligations

The federal tax rate, the Federal Unemployment Tax Act (FUTA) rate, is 0.6%, but this rate rises tenfold to 6.0% if a state fails to meet its statutory obligations. This penalty is so large, however, that the Department of Labor has never been willing to impose it. Decades ago, Congress wrestled with a similar problem with the charitable contribution deduction: Because revocation of a charity’s eligibility to receive deductible donations was effectively a “death sentence,” the IRS very rarely imposed it, even in situations where individuals were exploiting charitable resources for their own use (Manny 2007). In response, in 1998 Congress enacted a system of “intermediate sanctions,” under which the IRS is empowered to impose much smaller penalty taxes on organization managers. We would similarly recommend that Congress authorize the Department of Labor to increase the federal tax rate on employers in small increments within the range between 0.6% and 6.0%, depending on the degree of state noncompliance. Certain minimum penalties for clear breaches of federal guarantees, such as for potential benefit duration of less than the federal minimum, should be set by statute.

Intermediate sanctions might help ensure state consistency with universal guarantees in the long run, but additional measures are needed to provide workers with a voice in ensuring that universal guarantees are met and to hold them harmless when they are not. Even an expanded sanctions regime depends on Department of Labor willingness to use it. Under current administrative law doctrine, agencies can foil most enforcement regimes by refusing to initiate action (Barkow 2016). Private parties often have no avenue for judicial recourse to challenge agency inaction (Metzger 2015).

Policy proposal: Provide workers with a pathway to report state noncompliance to the federal government

Workers should have a pathway to report state noncompliance to the federal government. We therefore propose that the sanctions statute include opportunities for the public, including labor organizations and other community groups, to petition the Department of Labor to initiate a sanctions action, patterned on existing administrative law procedures that allow private parties to petition for rulemaking (CRS 2020). As in the petition for rulemaking process, DOL would be obligated to respond to nonfrivolous petitions, and if it chooses not to take action, it must explain why not. A decision not to impose sanctions would be reviewable in court as “final agency action.” Petitioners would be entitled to recover costs and attorneys’ fees for nonfrivolous petitions and court challenges.

Policy proposal: Ensure that workers with pending applications that are not being processed in a timely way receive at least the minimum weekly benefit

In states that fail to deliver guaranteed benefits in a timely way, workers should be entitled to at least the minimum weekly benefit while their application is pending. As explained in Section 5, the benefit levels section of the report, the minimum benefit in normal economic times is the greater of $250 or 30% of the state’s average weekly wage, and in downturns the greater of $300 per week or 40% of the state’s average weekly wage. 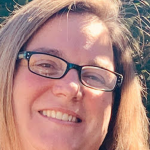 I am a single mother trying to put my son through college and then medical school. I was working at the largest provider of meeting and travel services in the world, until COVID. After taxes my state benefits are a little over $200 a week. I am not sure how that little bit of money is supposed to help the average worker.

Then [after receiving benefits for a while] things got worse. On December 26, 2020, I didn’t receive a check. I called and after waiting on hold for two hours, spoke to a woman who was convinced [the missed check] was due to Trump signing the relief bill late. I continued calling, often waiting on hold for hours. I was told to file an extension, but that the system was so backed up it could take 11 weeks.

After more than two months, I received some payments, but on March 20th they stopped again. I was told to file for another extension. I can barely pay my bills on the little benefits in Arizona. Not getting it at all, and having this happen frequently, is even more nerve-wracking.

Enacting universal guarantees as a path to bigger reforms

Not all the signatories think these steps go far enough to solve unemployment insurance’s deep-seated challenges. We all agree, though, that the universal guarantees we propose below are major improvements over the status quo, may help to set UI on a path to bigger reforms, and are well worth pursuing in their own right.