Racial representation in professional occupations: By the numbers

The racial wealth gap in the United States is staggering. While the median white family had about $184,000 in family wealth in 2019, the median Black family had only $23,000 in wealth and the median Latinx family had only $38,000.1 This inequity has roots in many factors, including discriminatory governmental policies, generational wealth transfers, and the racial wage gap, which is fueled in large part by occupational segregation. 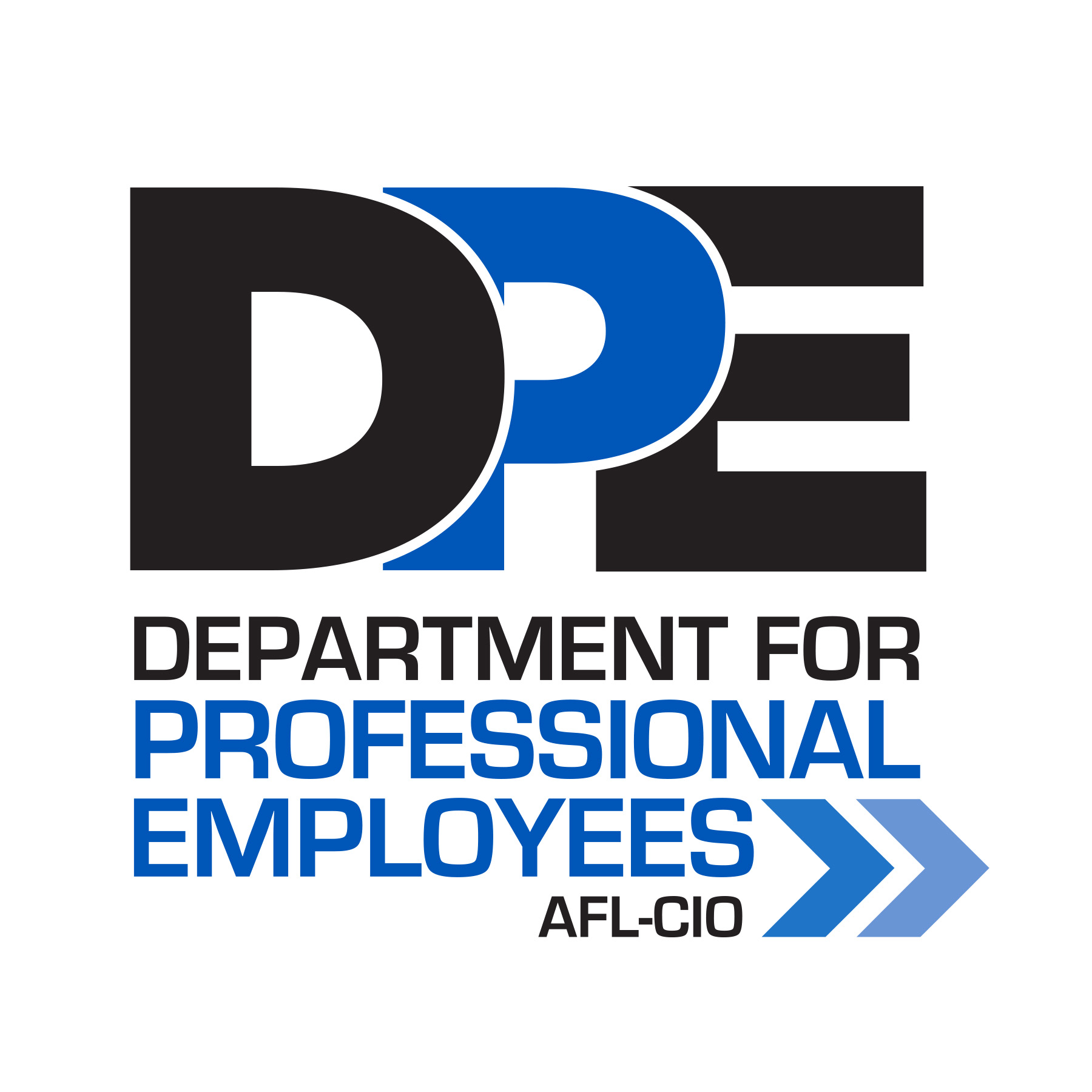 This fact sheet was jointly produced by the Economic Policy Institute and the Department for Professional Employees, AFL-CIO.

While representation rates for Black and Latinx professionals generally follow similar patterns, representation for Asian American/Pacific Islander (AAPI) workers does not. As Table 1 shows, AAPI workers are overrepresented in several occupational groups that employ much smaller shares of Black and Latinx workers—especially STEM (science, technology, engineering, and math) and health care occupations—while they are underrepresented in those that employ larger shares of Black and Latinx workers, such as community and social service occupations and education, training, and library occupations.

Black professionals are more likely to be employed in the public sector than in the private sector : Shares of employment of total workforce and of professional workforce in specified sectors, by race/ethnicity, 2019

Fast growth is projected in professional occupations—which may exacerbate inequality

While there has been some improvement in the representation rates of Black and Latinx professionals since the year 2000, the rate of change has been so slow that, if we continued at that rate, it would take 38 years to overcome the representational gap for Black professionals and 33 years for Latinx professionals.7 However, this does not take into account the fact that Black and Latinx shares of the overall workforce are projected to continue increasing over the next decade or more, lengthening the amount of time until this gap is overcome.8

Occupational segregation and discrimination are significant factors in explaining racial wage gaps, and these pay gaps are signs of the larger structural inequities that Black and Latinx professionals face in the workplace that impact related outcomes such as promotions, recruitment, and retention.9

In order to close the professional representational gap at a faster rate and address other inequities in professional occupations, many changes are needed at the federal, state, local, and workplace levels. The following five recommendations are not an exhaustive list of the necessary changes but should be seen as a starting place for policymakers looking to tackle these challenges.

However, only 11.3% of professionals were union members in 2020.13 U.S. labor law makes organizing new unions very difficult, and there are few, if any, negative consequences for employers who break the law to stop a union drive.

Significant reforms are needed to remove barriers to accessing the fundamental right to organize and bargain for improved working conditions and expanded opportunities for Black and Latinx professionals to be employed and advance in professional occupations.14 The Protecting the Right to Organize (PRO) Act, introduced in Congress in 2021, would do just that by modernizing U.S. labor law and strengthening penalties for employers who break the law to discourage employees from organizing new unions.15

Strengthening labor law and anti-discrimination policies are important steps toward creating a more equitable and diverse professional labor force in all sectors. The Restoring Justice for Workers Act, first introduced in Congress in 2019, would prohibit private-sector employers from requiring new hires to sign mandatory arbitration agreements.16 Such agreements prevent working people from seeking justice through the judicial system for violations of their workplace rights, including Title VII of the Civil Rights Act, which prohibits employment discrimination based on race, color, religion, sex, and national origin.17

Workplace culture and rules are often shaped by the norms and practices of the racial majority, resulting in discrimination against those who are outside of those norms. One proposal to counter this type of workplace culture is the Create a Respectful and Open World for Natural Hair (CROWN) Act, which would protect against discrimination based on race-based hairstyles such as braids, locs, twists, and knots.18

Large racial and gender wage gaps persist even when comparing workers with similar education, experience, and geographic location, revealing discrimination as a major factor.19 In 2016, the Equal Employment Opportunity Commission (EEOC) revised the Employment Information Report (EEO-1) to require large employers to report what they pay their employees by job category, sex, race, and ethnicity. This policy was introduced to strengthen enforcement of anti-discrimination laws and to draw employers’ attention to discriminatory pay disparities that may otherwise go undetected. Consistent and systematic collection of pay data also provides another layer of detail to existing reports of employment used to detect discriminatory hiring and promotion practices. However, in 2017, the Trump administration stayed the pay data collection rule, ending the reporting requirement. This rule needs to be reinstated.

An additional, complementary policy would prohibit employers from asking job candidates about previous pay history. As early as 2016, several states and localities began regulating the use of salary history during the hiring process.20 Implementing such a policy at the federal level would help to untether Black and Latinx professionals from lower levels of pay throughout their careers.

The hiring of Black and Latinx professionals in science, technology, engineering, and math (STEM) fields lags behind hiring in other professional occupations. One possible barrier that contributes to this reality is the H-1B visa program, which allows employers to hire temporary migrant workers at below-market wages. Because their immigration status is controlled by their employers, it is difficult in practice for H-1B beneficiaries to seek out new jobs and it is difficult for them to exercise their workplace rights and advocate for better wages or improved working conditions.21 According to the U.S. Department of Labor, H-1B workers account for approximately 10% of employment in information technology and, in certain key occupations—like software developers working on applications—they account for a remarkable 22%;22 the share is likely even higher in certain geographies.

Since most employers are not required to advertise jobs to U.S. professionals before hiring through the H-1B visa program,23 they have access to a ready supply of underpaid and immobile workers and have little incentive to invest in recruitment, training, or retention initiatives for Black and Latinx professionals.

The H-1B visa program must be reformed to ensure that migrant workers have equal rights and are paid fairly. By uplifting labor standards in the H-1B program, we can ensure that it no longer serves as a barrier to Black and Latinx professionals accessing and retaining jobs in STEM occupations.24

The National Endowment for the Arts, the National Endowment for the Humanities, and the Corporation for Public Broadcasting help bolster local economies and put creative professionals to work on nonprofit productions and performances. Federal policymakers can help ensure that more of these career opportunities are available to underrepresented professionals by increasing federal arts funding overall and working with the unions that represent creative professionals to develop diversity-hiring requirements and reporting objectives for grant recipients. Additionally, Congress should follow the lead of states like Illinois, New Jersey, and New York to expand existing tax credits for American-based film, television, and live entertainment productions and identify effective diversity requirements for these tax incentives that will spur more inclusive hiring in film, television, and live entertainment.25

4. Because of the large and anomalous labor market fluctuations caused by the COVID-19 pandemic and economic recession in 2020, we base the analysis in this fact sheet on data from 2019 and earlier.

16. Celine McNicholas, “The Restoring Justice for Workers Act Is a Crucial First Step Toward Shifting the Balance of Power Between Workers and Employers” (statement), Economic Policy Institute, May 15, 2019.

21. Daniel Costa and Ron Hira, H-1B Visas and Prevailing Wage Levels: A Majority of H-1B Employers—Including Major U.S. Tech Firms—Use the Program to Pay Migrant Workers Well Below Market Wages, Economic Policy Institute, May 2020. See also U.S. Citizenship and Immigration Services, U.S. Department of Homeland Security, Modification of Registration Requirement for Petitioners Seeking to File Cap-Subject H-1B Petitions, 86 Fed. Reg. 1676, at Table 7, page 1720, showing that 85% of new H-1B petitions went to employers paying at wage level 1 or 2, and 90% of petitions for the advanced degree exemption were awarded to employers paying at wage levels 1 and 2. Both wage levels 1 and 2 are below the local median wage for the specific occupation.

25. Department for Professional Employees, AFL-CIO, A Policy Agenda for Advancing Diversity, Equity, and Inclusion (DEI) in the Arts, Entertainment, and Media Industries, February 2021.