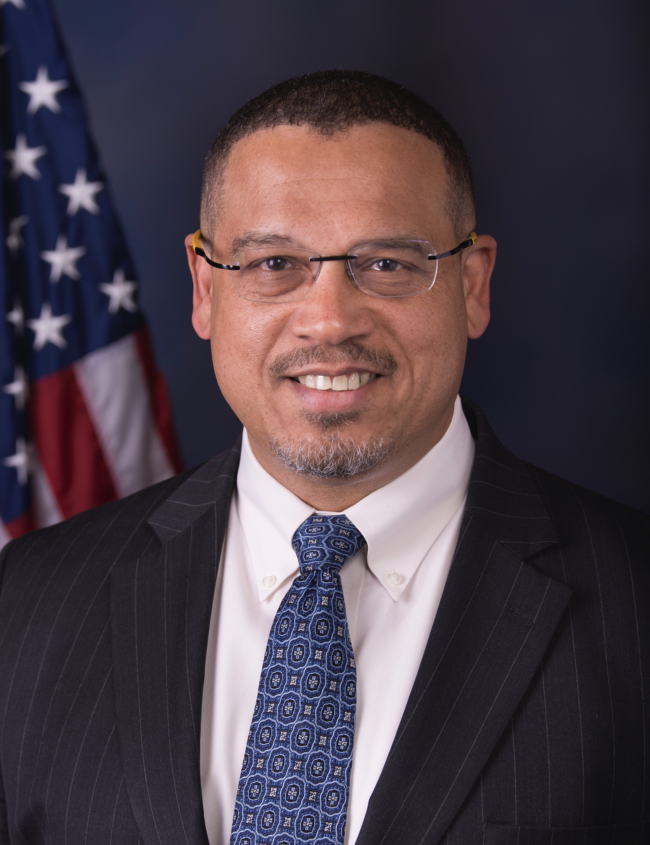 Keith Ellison was sworn in as Minnesota’s 30th attorney general on January 7, 2019. From 2007 to 2019, he represented Minnesota’s 5th Congressional District in the U.S. House of Representatives, where he championed consumer, worker, environmental, and civil- and human-rights protections for Minnesotans. He served for 12 years on the House Financial Services Committee, where he helped oversee the financial services industry, the housing industry, and Wall Street, among others. Before being elected to Congress, Attorney General Ellison served four years in the Minnesota House of Representatives. Prior to entering elective office, he spent 16 years as an attorney specializing in civil rights and defense law. Ellison received his law degree from the University of Minnesota Law School in 1990.