Some policy makers and observers have urged raising interest rates in June. Proponents argue that some inflation measures show faster growth than the Federal Reserve’s preferred measure and that a potential bubble in the commercial real estate market justifies a rate increase. Ultimately, both arguments hinge on thinking that too-slow growth in real estate construction should be solved by raising rates. Here’s why that is not convincing.

The Fed’s inflation target is 2% annual growth in “core” personal consumption expenditures (minus food and energy prices, which tend to be volatile). The last quarter with annual growth of 2% in such expenditures was in 2012, and consistent price growth greater than 2% has not been seen since 2008.

Another measure, the core consumer price index, has shown growth exceeding 2% in recent months, leading some to declare that the Fed’s price inflation target has been met (and exceeded).

But the consumer price index (CPI) always grows faster than personal consumption expenditures (CPE). This is by construction. The details are wonky, but the upshot is that the PCE tends to run about 0.3% higher each year than the CPI. This means that the Fed’s long-run target for CPI inflation is not 2% but closer to 2.3%. And CPI inflation is barely kissing the inflation target in recent months.

More important, the recent divergence of trends in these indexes is driven primarily by rental costs: Housing rents are rising faster than overall inflation, and these costs are a substantially larger share of the consumer price index than the other measure, which explains its faster rate of growth.

Even if CPI were the more appropriate gauge for the Fed, are rising rents a good argument for raising interest rates? Not really. Rising rents imply that housing demand is rising faster than housing supply. But housing is the sector of the economy perhaps most sensitive to interest rates, and an increase in rates will reliably slow growth in the housing supply. Granted, the rate increase may manage to slow overall economic growth enough to harm wage growth, reducing housing demand as well, but it’s not clear whether the reduction in housing demand would outweigh the supply reduction and lead to slower growth in rental costs. Nor is it clear that this is the most efficient way to restrain overall price growth.

A similar logic holds for arguments that a bubble in commercial real estate demands an interest rate increase to rein it in. There is good evidence that commercial real estate prices are rising. And increases in such prices accompanied the rise in residential home prices that became the disastrous bubble in the early 2000s. But this is where the parallels stop.

In the early 2000s the rise in housing prices and residential construction continued to historic highs while housing vacancies rose (i.e., potential supply was outpacing demand) and rents did not rise. This odd unmooring of rapid growth in home price from economic fundamentals (rising vacancies and flat rents) was key evidence that the sector was in a bubble. It was the sharp overbuilding in residential construction even in the face of falling vacancies that led to a subsequent collapse in the home-building sector when prices stopped rising–a collapse that contributed significantly to the Great Recession.

The single biggest effect of the bursting real estate bubble in the 2000s stemmed from a “wealth effect” on household spending: As households realized homes were worth much less as prices fell, they began trying to save more and spend less to make up the lost wealth; this spending cutback torpedoed demand growth in the economy. The shock to wealth caused by the bursting of the residential real estate bubble was measured in the trillions.

This is all quite different from today’s situation in commercial real estate, where prices are rising, vacancies are falling, and rents are rising. There is no pronounced surge in commercial construction that looks out of line with historical averages and is set to fall precipitously and damage economy-wide growth in demand. (In the graph below notice the rise in residential investment that coincides with early 2000s home-price bubble.) 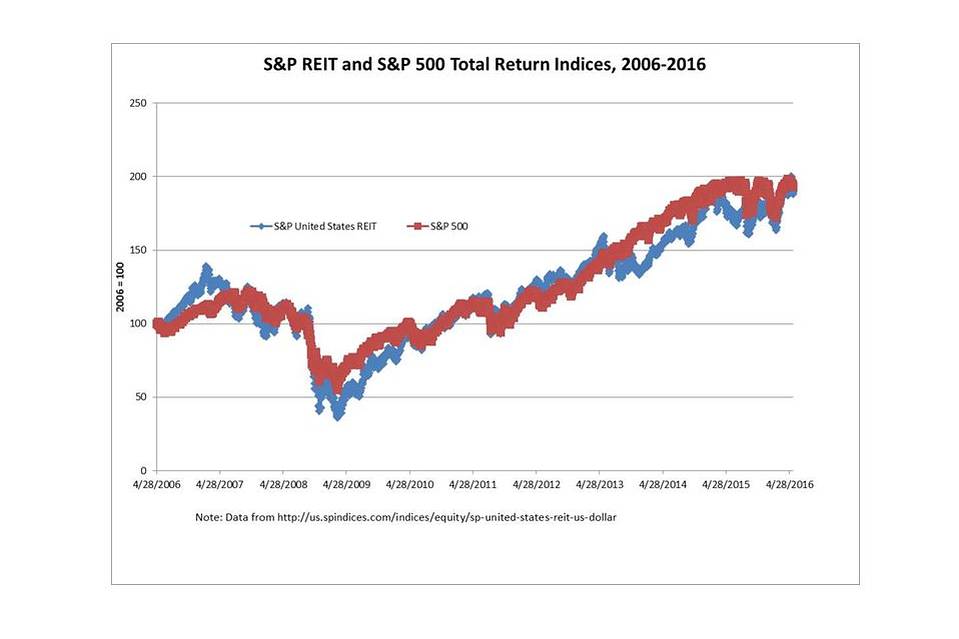 Finally, commercial rents have been rising as vacancies fall, growth that explains a portion of the increase in commercial property prices. When prices rise because the rents that tenants are willing to pay increase, this is not necessarily a bubble. These rents are driven by trends in supply and demand, and rising rents signal that supply is growing more slowly than demand. Higher interest rates would further tamp down growth in supply and worsen this imbalance.

In the end, a decision on raising interest rates in June should boil down to whether there is clear evidence of economic overheating: wage growth that is substantially higher than the sum of productivity growth and the Fed’s inflation target and that therefore threatens to lead to accelerating overall price inflation. Until we see this kind of demand-driven excess wage growth, there is no reason to cast around for other reasons to raise rates.