The U.S. federal tax and spending system is the biggest tool to combat inequality, but it could do much more

Last week, we launched the U.S. Tax & Spending Explorer on the EPI website. It’s an interactive web feature designed to shed light on how the government (mostly the federal government) raises and spends money and how changes in taxes and spending over time either increase or decrease income inequality. 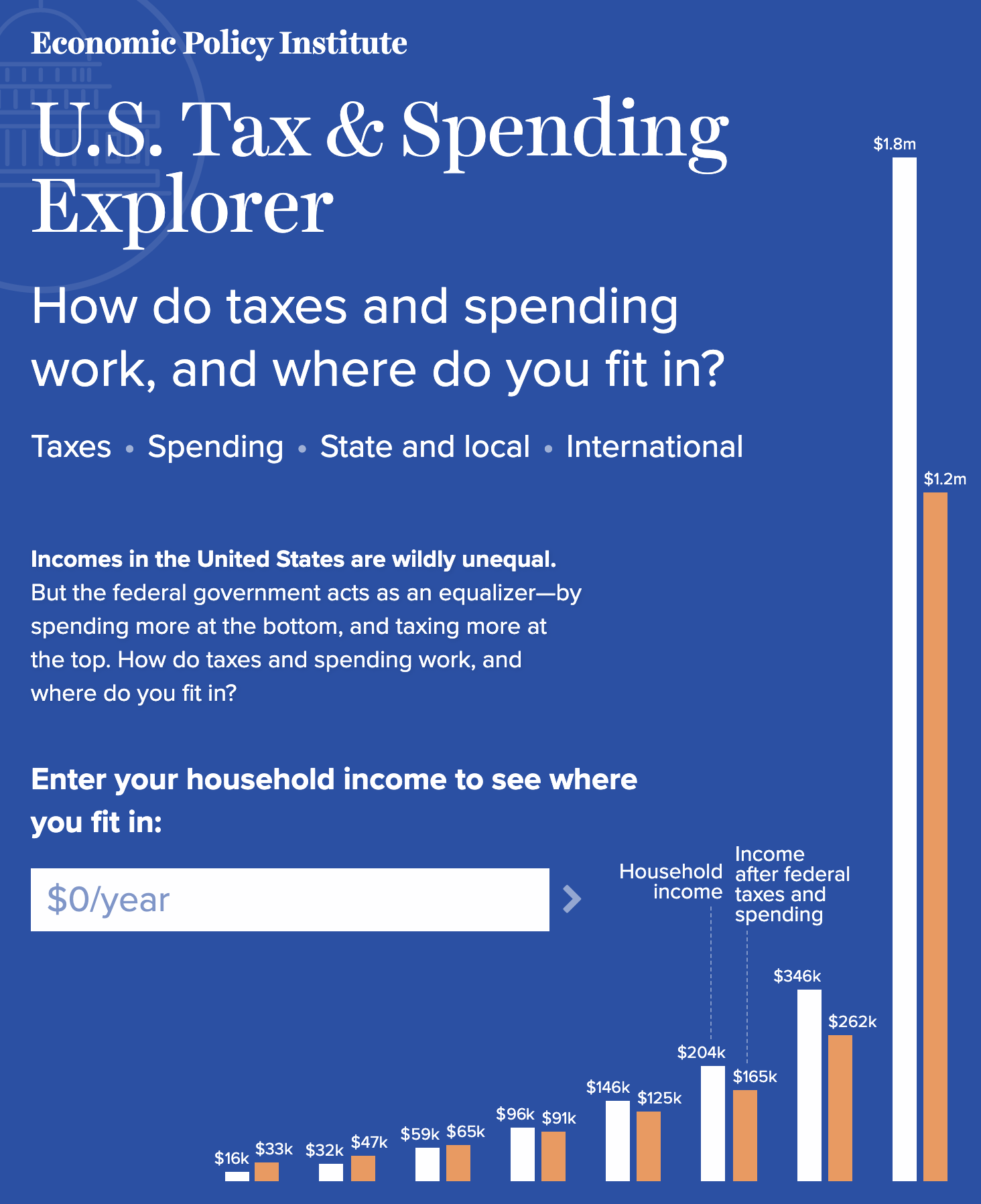 There’s enough granular detail in the feature that everybody might have different takeaways from visiting it. But here’s what strikes me looking at this data:

All in all, our U.S. Tax & Spending Explorer shows that the federal tax and spending system is the biggest tool we use to combat inequality—but it could and should be quite a bit bigger. Identifying which parts of our system should be changed to get the most bang for your buck in reducing inequality requires some real granular study, so, check it out!